Targeted shooting in Surrey and a Suspicious death 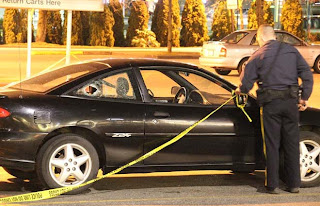 There was a targeted Shooting in Surrey Wednesday nightoutside Safeway at Surrey central. The target was hit in the abdomen and is expected to survive. Not far away there was another Suspicious death in Surrey. A 40 year old man's body was found Sunday morning in the 10500 block of King George. A Suspicious death and a targeted shooting mean the targets were known to the police.