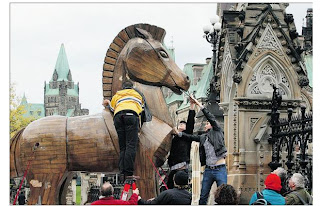 Not to flog a dead horse but there is more talk on 60 minutes about Greek cuts and complaints and continued criticism of Greece having lived beyond it’s means yet there is little talk about the investment fraud that created the Greek financial crisis. Since Greece could still fail and drag other economies down with it, it is imperative that we look at the investment fraud that created the manufactured emergency.