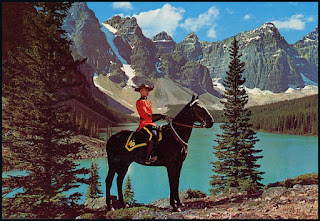 The Vancouver Province is reporting that Mayors around B.C. say they've been blindsided by escalating costs associated with the new 20-year deal the provincial government signed with the RCMP.

In Surrey, which has the largest RCMP detachment in the country, that cost is estimated to add $6 million to $8 million to the city's budget. Mayor Dianne Watts is upset that Surrey has no say in the salary increases, even though her city has signed the agreement. "There should have been a whole-some discussion," Watts told the Surrey Now. "We got a memo."

Mayor Richard Walton said North Vancouver District will not meet the end-of-April deadline to sign on to have the RCMP continue to provide his municipality with policing services. The 20-year deal was signed March 21 by provincial Justice Minister Shirley Bond and federal Public Safety Minister Vic Toews.

It puts the 62 municipalities in B.C. that contract with the RCMP on the hook for annual pay raises of 1.75 per cent, 1.5 per cent and two per cent, starting Jan. 1 of this year.

Shirley Bond and Vic Toews? God help us. Those raises don't sound huge. It would be interesting to get a break down of what other salaries and expenses are like. I have heard a lot about the cost of the RCMP compared to Regional Forces. Perhaps Regional policing will be inevitable.