Another BC Gangster gunned down in Mexico 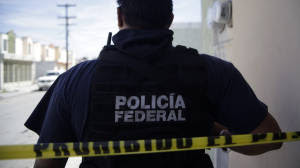 Hang down your head Tom Dooley. Kim Bolan is reporting that Long-time B.C. gangster Tom Gisby has been gunned down in Nuevo Vallarta, Mexico. He was shot in the head as he was buying coffee at a Starbucks in the Mexican resort town Friday night. Gisby's motor home was targeted in an attempted bombing near Whistler in January so he went to Mexico for an extended stay in late January.

The Fraser Valley-born drug trafficker and importer had been involved in the drug trade in B.C. for more than 20 years and had connections with major crime figures from the Hells Angels to the Dhak group. The late Gurmit Dhak, who was gunned down outside Metrotown mall in October 2010, was very close to Gisby. I guess that would put him on the Red and White hit list.

Is anyone still claiming the Hells Angels aren't involved in the Vancouver gang war?