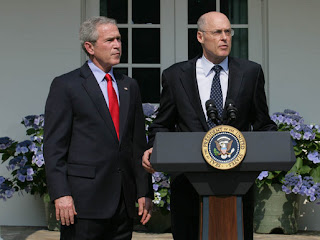 Yet Sympatico Finance is reporting that Goldman Sachs Group Inc Chief Executive Lloyd Blankfein's compensation increased 14.5 percent to $16.2 million in 2011 despite a sharp decline in profits and share price during the year, leaving the bank open to more attacks on its pay policies. Sounds like a lot of manipulation of numbers to me.

Last June it was reported that After Taking A $10 Billion Bailout, Goldman Sachs Announces It Will Outsource 1,000 Jobs To Singapore.

When a partial disclosure of where the bail out money went was released, Chuck Grassley said, "We thought originally we were bailing out AIG. Then later on ... we learned that the money flowed through AIG to a few big banks, and now we know that the money went from these few big banks to dozens of financial institutions all around the world."

Grassley said he was reserving judgment on the appropriateness of U.S. taxpayer money ending up overseas until he learns more about the 32 entities. Jobs being sent overseas is bad enough. Sending tax payers bailouts over sees is even worse.

I'm afraid Mitt Romney is more of the same. We had hope in Ron Paul.