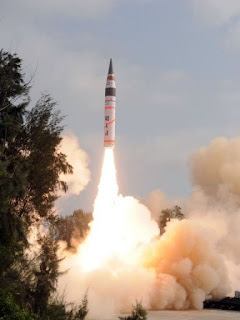 I find this double standard somewhat bizarre. Everyone was rightfully freaking out when North Korea was defiantly conducting nuclear missile tests. Now India does the same thing and no one cares. It’s OK because they’re an ally. It’s not OK. It’s not OK just because we are selling them the nuclear missile technology. It is irresponsible. It is a double standard to freak out about Iran and North Korea having nuclear capabilities while we sell it and promote it to whoever else we want to. That is so wrong.

I understand the dynamics of the balance of power. I also understand the futility of nuclear war and the responsible steps toward nuclear disarmament. Selling nuclear technology and promoting it for profit is so wrong. Worshiping the almighty dollar is self defeating. Greed always consumes itself in the end.