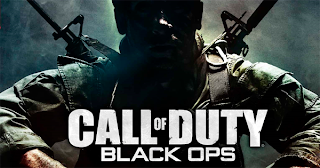 Call of Duty is a popular video game on X box. Call of Duty Black ops is one of the popular versions of that game. The title is an oxymoron. Call of Duty implies answering the call to serve your country. It is a noble service and sacrifice to defend freedom. Yet there is nothing noble or good about a black op. It robs freedom.

The interesting thing is the term has become popular. At least people realize the term exists. It’s unfortunate how some are trying to glorify black ops as though they are a good thing when they are not. The end does not justify the means. In the beginning, black ops were performed to attain a good objective under the misguided belief that the end justifies the means when it does not. Then, after that line was crossed, black ops were continued simply to make money to satisfy their greed as opposed to fund raise for a good cause.

Oliver North and Richard Secord wanted to raise money to fight Communism in Nicaragua. So they sent them arms in exchange for cocaine. Just like in Operation Fast and Furious. The cocaine was sold to raise money for the cause. Gary Webb published the Dark Alliance. He found the actual LA crack dealers that were selling the Contras cocaine for them. The allegations were not new. It all came out previously in the Kerry Committee. Gary Webb just connected the dots and found the link between the contra cocaine and the crack dealers on the streets of LA.

When the Director of the CIA held a town hall meeting in LA to appease public concerns, former LAPD officer Mike Rupert took the stage. He said that as a former LAPD officer I can tell you the Agency has been selling drugs in this country for years. The audience gasped. Notwithstanding the subsequent character assassination Mike Rupert went under, he calmly and articulately cited a few examples.

He sited Operation Watchtower. Hard to find information on that op since the attack poodles are rewriting history on the Internet and have come up with a few unrelated operations and given them the same name. Retired Navy Intelligence officer Al Martin knew what Operation Watchtower was. It has been well documented.

Mike Rupert also cited Operation Pegasus. David Guyatt has documented that operation as it involved former CIA operative, Gene "Chip" Tatum who has recorded his testimony that he flew cocaine into Mena, Arkansas under the guise of medical supplies for Governor at the time, Bill Clinton.

Without diving into the depths of the assassination squads that we all know exist, the recent interview of the head of MOSSAD refers to that, I still want to focus on the agencies involvement in arms dealing, drug smuggling, money laundering and investment fraud. That repeating pattern still threatens our sovereignty as we speak.