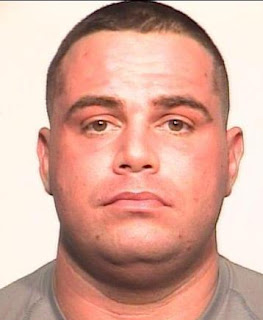 Abbotsford police have issued a public safely warning about an alleged gang member who they believe is at risk. Chad Weber is an alleged associate of the UN Gang and was sentenced to a 60-day jail sentence in 2011 on a drug charge. Now police have reason to believe a hit has been put on him which would put others at risk.

Just like the police warned the public about a hit on the Bacon brothers. That certainly materialized when Jonathon Bacon was gunned down with Larry Amero in Kelowna. The police have also issued a similar warning about members of the Dhak-Duhre group who were in conflict with the Hells Angels. Many of them have been publically executed since that warning. Doesn't take a brain surgeon to figure out who's responsible. Now, a member of the UN is being targeted. Well we know he's not being targeted by the Dhak-Duhre group.

Posted by Dennis Watson at 2:56 PM