The Aging Rebel on the Garcia case 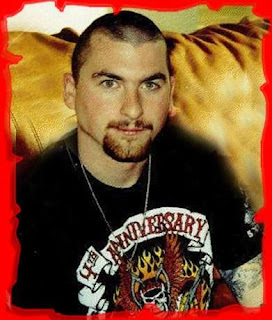 The case in question involves the Yvonne Garcia murder. Fugitive Paul Eischeid was found and arrested in Argentina. Recently Kevin Augustiniak plead guilty to his involvement in that murder. It was a deranged act where a single mother was invited to a Hells Angels party in Arizona and ended up dead. She was stabbed 27 times and dumped in the desert. Paul Eischeid was quoted as saying nobody will even notice her missing. They’ll probably Jane Doe her.

Some of the offensive comments on the blog made statements like my condolences to the club and to the person accused of her murder. Comments like she was just a drug addict or a rude person is now dead. Although that deranged sheep like offensive insanity exists, I don’t think the Aging Rebel shared those sentiments. It appears that he agreed it was a heinous crime. His concern appears to be that the police informant, who received a greatly reduced sentence for testifying, was allegedly the ring leader of the murder.

If that is true, then that would indeed be a concern. It reminds me of the Jeff Lynds case in Eastern Canada. The guy confessed to murdering Randy Mersereau for the Hells Angels. Yet he wasn’t charged in his murder. Lesser accessories were including his own nephew. In that case I can understand why the crown would make a plea bargain so the family could get closure in a cold case that had no hope of being solved with no hope of even discovering the body.

Yet it would be hard to understand why the police would take a plea bargain from the orchestrator of the Yvonne Garcia murder, just to convict lesser accessories. I suppose one could argue it was rapidly becoming a cold case as the likelihood of convictions began to spin out of reach. One could also argue the claim that the police informant was the actual orchestrator of the murder is hearsay. However, I will concede that it is entirely possible.

The bottom line is that I agree it was a heinous act. To say that she deserved it because she was a drug addict is very offensive. That is a slanderous unproven allegation. In fact that never came up. If she was, it was likely the Hells Angels that sold her the drugs.

The official version of the story is that she went to a Hells Angels party and started mouthing off the Hells Angels. Not very believable and a very convenient claim. Kind of like the absurd claim that the person charged in the Guthrie McKay and Lisa Dudley murder killed his ex girlfriend in self defense. Oh she came at me with a baseball bat in a drug induced rage so I killed her in self defense. Highly unlikely. More like another dirt bag killed his ex.

Even if a woman who was invited to a Hells Angels party did start to mouth off, which I do not believe happened in this case, it was not just cause to stab her 27 times and murder her. That isn’t a manly thing to do. Just like the woman beaten into a coma outside the Hells Angels clubhouse in New York. Oh she mouthed off so we killed her. Not likely and not a good enough excuse for murder. It’s a pat answer to stop people from asking too many questions. Kind of like we killed her because she was an informant. Even when she clearly wasn’t.

So I would agree all the participants and accessories in the Garcia murder are equally to blame. Another concern I have is with the police informant. He was a meth addict which the courts claim make him highly untrustworthy. More concerning is the claim that he had a wife and child and started going to church. Did he participate in the Garcia murder while he was attending church? Anyone can change but living a double life is sheer hypocrisy. Married with a child. Did his wife know he was living a double life? I think many other wives of club members really don’t clue in to the double life their husbands lead. What happens in Amsterdam stays in Amsterdam I suppose.

Nevertheless, glorifying Kevin Augustiniak for what he did in the big House Crew clearly shows that the organization is deranged right to it's roots and if it's roots are evil, it is unlikely anything good will come from it.