Does anyone know what time it is? 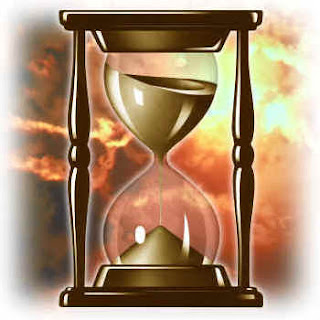 The other day I was driving out to the valley and the words of that old song came to mind, does anybody know what time it is? Does anybody really care? Not long ago I met with someone of influence who had just discovered my blog a few months prior. They said one minute you’re talking about gangs, the next minute you’re talking about Syria. You’re all over the map. I’m just interested in the stuff about the gangs.

I think part of it is attention span. Although hot political issues are regularly in the news, people usually have a five second attention span when it comes to politics. When you mention the word conspiracy most people automatically shut off instantly.

There are a few people that feed off conspiracies, the more extreme the better. But those are far and few between. People in general are starting to wake up and ask questions about important issues like the third tower in New York and the CIAs involvement with drug smuggling, but all in all the vast majority of people just don’t care. Period.

For me it’s kinda simple. I don’t like crack being sold in my community and all the off the hook violence that goes along with it. Stopping the crack dealers from selling crack in public is the first and most important step. That’s the one that really matters. No matter who is supplying the crack dealers with the crack, cutting down their sales by preventing the forest fire from burning wild and not letting them sell crack in public, helps fight the cause regardless of who is supplying them.

Sure arresting the big time suppliers is the idea but that doesn’t happen very often. Addressing the issue on the front line and making the fire burn underground so to speak is the only way to actually contain the fire and preventing it from consuming everything around us.

For me it’s simple. The Robert Shannon conviction and the Trevor Jones indictment clearly shows that the Hells Angels are hugely responsible for most of the BC Bud going down south, being traded for cocaine and brought back to Canada to be sold as crack. Those were two huge operations that continued for a long period of time. As soon as someone gets busted they just find another mule and the process continues business as usual.

That’s why it’s so important to wake up and find out what the Gary Webbs, Al Martins and Chip Tandums have been saying for years. Operation Fast and Furious was nothing new. They just got caught again. It’s not just republican versus democrat. Both sides can and have been infiltrated. It’s about electing honest people to office. Try not to scoff. The idea of an honest politician sits about as well as the idea of an honest lawyer. Yet there are some. Chuck Cadman was an honest politician. Ever since, the group that tried to bribe him has continued a steady campaign to thwart democracy under the illusion of fiscal responsibility which is anything but.

We need to rise above left and right stereotypes and look at issues. Instead of saying we support fiscal responsibility and tax reduction we need to do it. The HST is a bad tax. Taxing things that were previously tax exempt is a raise in taxes. Of course we all have to pay some tax, but the idea of the big corporations or the extremely rich paying no tax at all is simply wrong. Donald Trump is a prime example. It was shocking to see how far he and Newt Gingrich came in their quest to be the Republican nomination for the president of the United States. It really is scary how gullible and misconstrued people can be.

I know nobody cares what time it is but it’s about time we did. In one generation what was affordable for a single income family is totally out of reach for a double income family today. Tyrants are stealing our pensions as we speak. The Canadian Bank bail out was a complete fraud. We need to address these issues for our children’s sake. It’s all about sustainability. Saving for our retirement. Not clear cutting all our natural resources so there is nothing left for our children. Sustainability is not a dirty word repeated by freaks and extremists. It is common sense. It is social responsibility.