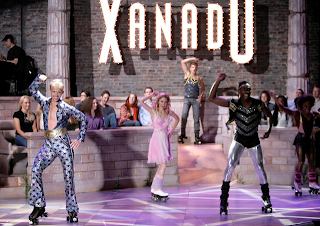 About 100 protesters stormed Vancouver City Hall on Tuesday, concerned about gentrification in the Downtown Eastside and disruption of the local drug trade. Only in Canada.

I'm all for free speech and lawful assembly. I also support democracy and sanity. VANDU are a bunch of spoilt brats that has held Vancouver hostage for far too long. Vancouver Drug Users Association. A bunch of freaks from Xanadu. They are complaining new developments in East Vancouver will disrupt the drug trade. Just how is that supposed to be a bad thing? Homelessness is one thing, enabling the drug trade is another.

Are we going to cater to the Association of Thieves and Muggers as well as the Coalition of people engaged in Break and Enters as wel land any other criminal activity? The drug problem in East Vancouver is a problem. It's out of control and anyone with a heart would want to help the situation improve not continue to perpetuate the horror and abuse forever.

Looks like I'm not the only one that feels this way. The Vancouver Province just ran a follow up called "The sooner the DTES is fixed up the better."

I wholeheartedly agree with your editorial that cleaning up Vancouver's Downtown Eastside is a must. I have travelled to many lovely cities around the world, but still find Vancouver to be the loveliest. The idyllic setting, with the ocean, Stanley Park and mountains just cannot be beaten.

That being said, those of us brave enough to wander onto East Hastings Street get a rude awakening. There just is no way that area should be allowed to continue in its deplorable state. Visitors should not have to run a gauntlet of beggars and drug pushers.

See what happens when you give crackheads an Insite centre for them to shoot up in for free.

Now they occupy Vancouver City Hall because a new condo development will disrupt their illegal drug trade. What a joke!

The Downtown Eastside has had decades to sort out its problems with drug addiction. If gentrification is the only way to rid this area of the scourge of drugs, so be it. Everything else hasn't worked.