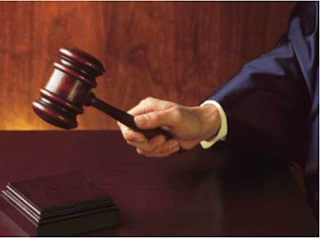 A New Westminster man who was sentenced to five years in prison for kidnapping, robbing and beating a man who sold drugs for him has had his sentence increased from five to eight years on appeal.

Kenneth Lavallee, 41, pleaded guilty to the May 2009 abduction of Robert Chartwell, who sold and delivered drugs for him. The appeal court increased the sentence after concluding that the sentencing judge did not properly account for the likelihood that Kenneth M. Lavallee would violently reoffend.

Lavallee, 41, who had a 20-year criminal record, was sentenced last year in provincial court to five years in prison for kidnapping and robbery, and received concurrent sentences for dangerous driving, driving a motor vehicle while prohibited and possession of cocaine.

After the sentencing judge gave Lavallee 51 months credit for pre-trial custody, his actual sentence was only nine months. The Crown appealed.

Posted by Dennis Watson at 2:29 PM