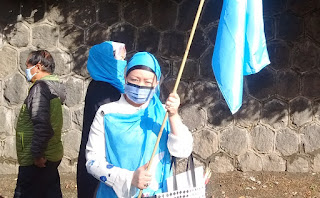 The BBC is reporting that "Canada's House of Commons has voted overwhelmingly to declare China's treatment of its Uighur minority population a genocide. The motion - which passed 266 to 0 - was supported by all opposition parties and a handful of lawmakers from the governing Liberal Party. Prime Minister Justin Trudeau and most members of his cabinet abstained."

"The motion makes Canada just the second country after the United States to recognise China's actions as genocide. Lawmakers also voted to pass an amendment asking Canada to call on the International Olympic Committee to move the 2022 Winter Olympics from Beijing if the Chinese government continues this genocide."

CTV is rpeorting that "Prime Minister Justin Trudeau did not participate in the vote. Foreign Affairs Minister Marc Garneau abstained on the record while the rest of his cabinet colleagues were absent. All opposition MPs who participated in the vote as well as most Liberal MPs, including Garneau’s parliamentary secretary Rob Oliphant, voted in favour of the motion. It was considered a free vote for Liberal MPs."

"The federal Conservatives introduced the motion last Thursday. It states, in part, that in the opinion of the House of Commons, "the People's Republic of China has engaged in actions consistent with the United Nations General Assembly Resolution 260, commonly known as the 'Genocide Convention'.. [and] the House, therefore, recognize that a genocide is currently being carried out by the People's Republic of China against Uyghurs and other Turkic Muslims… and call on the government to officially adopt this position."

"MPs also passed a Bloc Quebecois amendment to the motion to include language calling on the International Olympic Committee to move the 2022 Olympic Games "if the Chinese government continues this genocide." This confirms what I previously said - The Bloc Quebecois are our allies. Justin Trudeau is not. Justin Trudeau admires genocide because he is a freak. 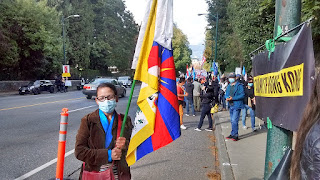