Surrey RCMP profit from the Proceeds of Crime 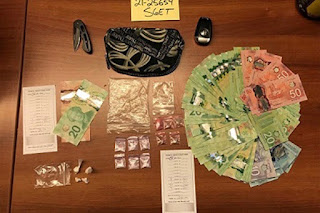 The Peace Arch News is reporting that "Surrey Mounties say the Surrey Gang Enforcement Team seized an Alfa Romeo Stelvio, drugs and cash during a bust in Newton." The driver was a 24-year-old woman. Police discovered multiple pre-packaged baggies of suspected cocaine, meth, crack cocaine, and $1320 cash and arrested the woman for possession for the purpose of trafficking. This was a street level drug dealer. Arresting drug dealers is a good thing. However, seizing the proceeds of crime means the police profit from crime and thereby have no incentive to stop crime. It's not just the Surrey RCMP. It's the RCMP in BC and the NDP government. Their mandate is to profit from crime not to stop crime.

They're obviously very selective in who they bust. They refuse to touch the drug trafficking out of Shakerz since it's a hub for supplying drugs in Whalley. That means they are conflicted and everything they do is suspect. I'm certainly not going to hate on Randy. Sometimes the devil ya know is better than the devil you don't know. Can you imagine what would happen if one of those Surrey girl idiots were in charge? I'm simply pointing out that this bust is a farce.

How many kilos were seized? Zero? A few baggies of meth and crack? Again, something is better than nothing but this bust was just an excuse to seize the car without interfering in the Hells Angels drug trafficking network. Look at that picture I posted. That Harley is blocking the front door. Everyone who goes in and out of that sh*t hole sees it. That bike parked there is a message just like dumping Janice Shore's body beside that tree was. That tree was where the drug dealers demand free service from the sex trade workers they supply. Dumping Janice's body beside that tree was a message to all the sex trade workers to pay their drug debts and not complain that the boys take all their money when they get a trick. That is straight up shameful.

That is what the BC Gang task force, IHIT and the Surrey RCMP endorse. I do not. 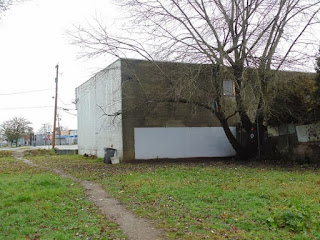