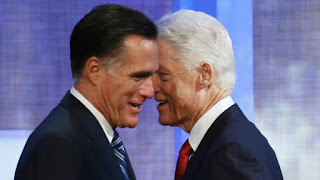 I want to post a brief overview of Trump's second impeachment trial partially because when I post a link to more than one video, no one bothers to click on the second video but mostly because it is of such profound significance to clarify the nonpartisan fraud we now face.

The primary charge against Donald Trump in the second round was the claim that he incited the Capital hill riot. That was ridiculous and the very fact that the farce went as far as it did implore us to examine it. Unlike all the ANTIFA and BLM riots, all the MAGA rallies were completely nonviolent. Except for ANTIFA thugs trying to single out individuals to beat them up and steal the American flag. In contrast, the MAGA rallies supported the police and peaceful protest.

Donald Trump's speech on January 6th 2021 clearly showed that he called for a peaceful protest just like all the others. The agent provocateurs at the Capitol hill protest were ANTIFA and BLM. It was a set up. To blame Trump for that was ridiculous and the fact that the Impeachment trial went as far as it did was insane and cleary demonstrated who the enemies of the Constitution and the Free Republic really are. Since that charge had no merit, they tried bringing other things up.

They claimed Trump called the white supremacists in Charlottesville fine people. That was a quote the Mainstream media took completely out of context to defame him. When his lawyer played the full quote in context, the truth became clear. The fact that they brought that false allegation up clearly demonstrated the absurd witch hunt Trump was placed under.

As the Hodge Twins pointed out, Trump must have been doing something right for the media to relentlessly attack him the way they did. Indeed he did. Under Donald Trump's leadership the nation saw record growth. He even got the US off Saudi oil. Biden has already reversed that in another crushing blow to the economy. What was Donald Trump's real crime? He confronted the shadow government in Washington and they crushed him for it.

Tulsi Gabard understands her oath of office. John Brennan does not. Neither does Nancy Pelosi or Sarah Palin. I cite Nancy Pelosi and Sarah Palin because it shows that the secret combination is nonpartisan. Globalists from the Republican party are teaming up with globalists in the Democrat party to form one party - the Communist Party of China. John Brennan clearly shows the CIA's involvement in that plot. The CIA is the secret society Kennedy warned us about.

Now I'm going to say more about Mitt Romney. The Rolling Stone set the stage but I will put it in perspective. Mitt Romney is a globalist in bed with Joe Biden and the Clinton Foundation. That does not mean the Mormon church is. In fact many Mormons believe that one day Salk Lake will become evil before the second coming. That would not have happened under Ezra Taft Benson's watch because he was a man like unto Moroni. He supported the title of liberty. So should we. Jon McNaughton is a patriot from Utah. Hear him. A picture is worth a thousand words. '

Yesterday Trump was aquitted again! This is my painting called "The Impeachment Mob. " These people are truly shameful ! Get my free book at https://t.co/MoAX3aQCli. pic.twitter.com/TNOEtix4UU