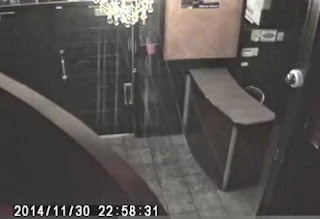 The Vancouver Province is reporting that the police claim the two victims stabbed at Shakerz earlier this month were Hells Angel associates. Video footage from inside the strip bar has been released in hopes of identifying the suspects. The question we need to ask is, how did someone get a knife past the metal detectors? What were Hells Angels associates doing in the strip bar if Randy Jones claims it's under new management? TBarz was named as the hub of a large cross border drug ring involving the Hells Angels which implicated Randy and Trevor Jones. That's why they changed the name to Shakerz. Nothing seems to have really changed.