Silk Road and the RCMP 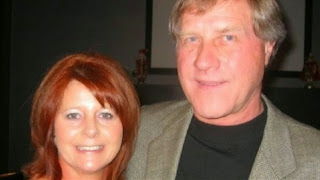 We've talked about the Silk Road website before. It was an online anonymous web site for drug dealers to do business online using bitcoins. We mentioned how the webmaster was being extorted by a guy called Friendly Chemist and how he hired the Whiterock Hells Angels to kill him.

Well here's the new twist. It appears that Friendly Chemist has his own blog now and claims he was acting as an agent for the RCMP at the time. He claims CSIS was at the root of it. Pretty wild. We know that in Operation Black Biscuit police agents faked the murder of a rival in an attempt to infiltrate the Hells Angels. It would be pretty bizarre to think that CSIS had an agent black mail the Silk Road webmaster then worked with the Whiterock Hells Angels to fake his death and extort a fake fee for his murder from the webmaster. Pretty bizarre indeed.

Did I tell you about CSIS's involvement in the Pickton Farm? How one source claims Dave Pickton received immunity from prosecution because he was acting as a police informant for CSIS on a separate investigation about right wing extremist groups? That's a separate story so it is.

Another interesting twist to the story is Friendly Chemist's claim that Kathy Liknes was a CSIS agent they met in 2009 who offered to help them. That was that high profile case where she and her husband went missing from Calgary along with their five year old grandson Nathan. Douglas Garland has been charged in their murder. He was released on $750 bail in July after being charged with two counts related to identity theft and possession of a stolen credit card.

Craziness aside, it would be pretty easy to confirm whether or not Kathy Liknes was ever involved with CSIS. If she was, that would make them the prime suspects in her murder.

Glad I'm getting ready to retire the blog now that my eBook is finally out. This is getting a little bit too hot for even me to handle. I'm well aware of the agency's involvement with Fast and Furious and Air India. I just don't really like the tin foil hat look myself. It's a bit much for me. The Hells Angels are a criminal organization. So is CSIS and the CIA. That's all I had to say. Peace.