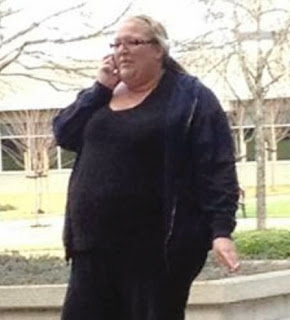 The Vancouver Province is reporting that two Surrey residents accused of forcing four women into prostitution and making them hand over all of their earnings have been convicted of a number of criminal charges.

Sean Ewart Kevin Adams and Natasha Renee Vaugeois, both of Surrey were convicted of forcing drug addicts into prostitution as well as extorting and assaulting drug addicted sex trade workers in Surrey. This is exactly what goes on outside the Front Room in Whalley on a daily basis.

"A 17-year-old crack user who was staying in an apartment in the building where Adams lived was threatened, extorted and assaulted by Vaugeois, who compelled the youth to become a prostitute."

"A 39-year-old woman, who was a sex-trade worker and drug addict, was assaulted multiple times over a number of months by Adams and Vaugeois. She handed over the money she made from sex work to pay down a debt to Adams. A 19-year-old single mother visiting a friend in Surrey was confined in Vaugeois’s home, forced to perform oral sex on clients and hand over the money to Vaugeois. At one point, Vaugeois slapped the woman in the face repeatedly."

This is the exact same MO as Larry Meizen and Colleen Golding. The guy was the crack dealer and the fat ass girl bullied and extorted the sex trade workers. The drug dealers are the pimps. The Province ran a picture of Natasha Vaugeois outside the courthouse. On her cell phone to someone else in that criminal organization. There are no independent drug dealers any more. That's why rival drug dealers are getting shot in the Vancouver gang war. Hells Angels associate Eric Sandberg stated to a police agent from the Zig Zag crew that they were ready to eliminate all the competition in Surrey prior to his arrest in 2009.

My sources claim Larry Mizen sold crack for Pelltier. I submit that if Adams was selling crack in Surrey he was selling it for the Hells Angels. If I bring 50 kilos of cocaine into Surrey and Adams ends up selling it, then he is working for me. That's all there is to it. This predatory pattern of human trafficking is what happens in Surrey every day under the Hells Angels banner despite their passionate denial. This Mexican cartel bullsh*t is just another side show to get the Gang Task force to stop focusing on the Hells Angels so the BC government can keep getting their cut.