The healthy man does not torture others 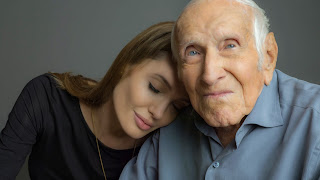 There are various reports in the news recently which further establish that the CIA's use of torture was more extreme than previously understood and that they consistently lied to covered that up. Big surprise. As we speak Angelina Jolie is taking slack over the new movie she directed called Unbroken which talks about Japan's use of torture during the war. Japan is upset with the movie and is talking about boycotting it. Boycotting it because it's true.

Let's be honest, Japan is an ally now and doesn't torture prisoners any more. Yet they did in the past. We can't rewrite history. That is why they were nuked which is a separate dilemma all on it's own. Two wrongs don't make a right. The movie is about the life of Olympian Louis Zamperini. One of the concerns seems to be a claim of cannibalism. I don't know that history well enough to be able to debate the claim. However, the fact that Japan elected a fascist government that was invading countries at the time of Hitler and was torturing prisoners is history.

Perhaps the reason there is such an uproar about the movie and why Angelina Jolie is taking such slack over it has nothing to do with Japan and everything to do with the fact that the CIA is now doing the exact same thing. Waterboarding was the tip of the iceberg.

The Montreal Gazette is also reporting that The length to which CIA officials went to mislead everyone, from the White House to Congress to the CIA’s Inspector General, about the true nature of the program is also deeply disturbing. MSN News is reporting that Two U.S. psychologists made $81-million teaching the CIA how to torture.