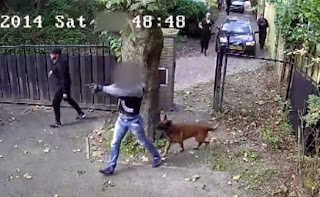 TBM Fresh Start is reporting that in October there was a biker shootout caught on video in the Dutch city of Eindhoven. Two are wearing vests and patches of Dutch outlaw motor club No Surrender. The No Surrender MC was founded in 2013 by president Klaas Otto and has quickly gained ground and notoriety in a scene that had been dominated by the Hells Angels. The club’s Amsterdam chapter is even led by Dutch Hells Angels founder and former president Willem van Boxtel, who was kicked out of his old club in bad standing.