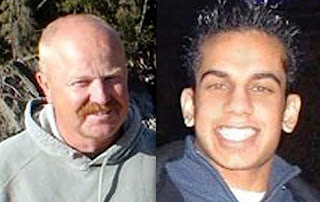 MSN News is reporting that Cody Haevischer and Matthew Johnston were each found guilty in October of conspiracy and six counts of first-degree murder. The Vancouver Province reported that they have been sentenced to life with no parole eligibility for 25 years. Yet MSN is reporting Haevischer will serve 18 years and Johnston 20 years concurrently, but that time is reduced to about one-third after time served.

Eileen Mohan read her victim impact statement. A statement from Schellenberg's daughter, Rachel, said she believes that if the killers knew what kind of man her dad was, they would have walked away. Of course the root of this conspiracy is Larry Amero and the Hells Angels. Jamie Bacon wasn't taxing Cory Lal on behalf of himself.