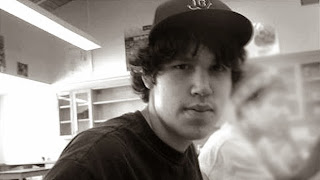 The Vancouver Sun is reporting that a North Vancouver man well known to police is in serious, but stable, condition after being shot outside a home in Whalley Sunday night on 142nd Street near 107th Avenue. CBC has itemized some of the recent local violence. Scan BC is reporting that #Kamloops RCMP are investigating a homicide after the body of a woman was found. A 41 year old man has been taken into police custody. This after nine people were murdered in Edmonton and Fort Saskatchewan Monday night. Some kind of domestic dispute.

The Vancouver Province is reporting that the gun used in the Edmonton murders was stolen from Surrey. Go figure. We're still waiting for names to be released but the tragedy is indeed suspicious. In a domestic dispute someone shoots their wife and kids before killing themselves. This one was a complicated chain of events that has one blog reader thinking it was drug related and made to look like a murder suicide to cover it up. Time will tell.

Update: The Vancouver Sun is reporting on some heart breaking background into the bizarre case of the suicidal male that was shot dead by transit police at the Whalley Safeway less than a block away from the new Ivory tower City Hall. I had the inside scoop on what happened when it happened but didn't post it because it wasn't gang related. CBC posted a picture of the suspect and CTV posted a picture of him from the surveillance video where he stole the knife before he walked across the street into Safeway. 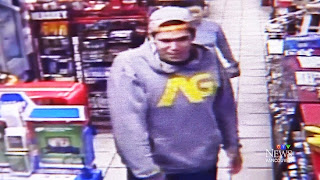 A guy walked into the Safeway in distress stabbing himself saying he wanted to die. Witnesses phone the police. Transit police from the Sky Train Station were first on scene which is usually a great relief to the patrons of the crime ridden store. Transit cops order him to drop the knife and instead he lunges at the cop who shoots him dead. From a disciplinary matter the case is closed. However, I will simply point out that I personally would have handled the situation differently.

If someone is suicidal we normally try and talk them down. If someone is tweaking with a knife I personally prefer a steel baton. Dealing with a knife attack is indeed dangerous but a steal baton is very effective at knocking the knife hand and disabling the suspect quickly and effectively without putting bystanders at risk.

Firing a gun in a crowded store or on a crowded Skytrain is a public safety risk. You have to make sure you have a clean shot before you pull the trigger because if you miss you could hit an innocent bystander. In this case the Transit cop fired twice. The Vancouver Province reported that the first shot missed and hit the fridge, the second shot hit the suspect. There is no matter of police discipline. I would have used a steal baton myself but that's just me. I am different. I have a different history and a different background. As I mentioned in my eBook. Just click on the picture that says look inside then click on or scroll down to chapter one In the Beginning was crack cocaine. That is a free preview into my personal background. I was never a cop, narc or gang member or wannabe. I was something else.

Edmonton shooting Update: MSN News is reporting that the shooter who killed himself was 53-year-old Phu Lam. "The home where the seven victims were found on Monday was co-owned by Mr. Phu. Edmonton police now say they believe that those victims were killed before a shooter entered Cyndi Duong’s home and killed the 37-year-old. Police had previously said the killing rampage began with Ms. Duong." Phu Lam was known to the police and had a criminal history.

MSN News is reporting that the Police have identified the victims in the Edmonton shooting spree as the shooter’s wife, her parents and sister, two children and a friend. The wife sought an emergency protection order against her husband in November 2012, claiming he had assaulted her and threatened to kill her and her entire family. MSN News is also reporting that he started shooting everybody after he found out their eight-year-old son wasn't his biological offspring. That would be a very unhealthy way to express his anger.

However, another report coflicts with that. The Edmonton Journal reported that friends did not know the connection between the mother and the shooter. Their pastor said he performed the marriage ceremony for Cynd Duong and David Luu, 41, who were actively involved in the church with their three children, aged six to 13. The pastor has known the mother who was shot since her childhood. Mystery solved. OK so the shooter wasn't Cyndi Duong's husband he was Thuy Tien Truong's wife. Cyndi wasn't the intended target.

Surrey Shooting Update: An internal investigation has revealed that the kid who was trying to commit suicide in a Surrey Safeway with a knife did not lunge at the police. The lady in the Bakery did not see what happened. He was saying out loud to himself he wanted to die, he was not yelling. He was cutting his stomach with two knives quite seriously. The transit cop fired towards the ground and grazed his leg so he would fall and the paramedics could get in to do first aid. There is no police misconduct whatsoever. It's a tragic story because the kid never did drugs. This was his first time and he was having a bad reaction because something was laced in the drugs which reinstills my firm position the police need to start arresting the drug dealers in Whalley