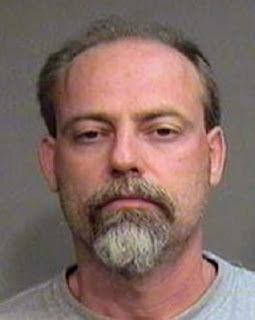 Yesterday the Vancouver Province reported that there was a targeted shooting in a downtown alley Monday. The police found an abandoned mobility scooter with multiple bullet holes. The driver of the scooter, a 43-year-old woman, managed to escape uninjured. She was found by police at St. Paul’s Hospital.

So some guy who was known to the police shot a woman on a scooter. Today they are reporting that the suspect, Gerry Ronald Pennell, a 53-year-old Vancouver resident, was in custody after the police released his name and photograph.

Global is reporting that Investigators say that there was an ongoing dispute between the shooter and the woman and that she was the target of the shooting. Police don’t believe the incident was domestic. What are the odds it's drug related? Metro is reporting that the scooter was riddled with bullet holes.