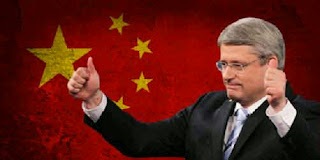 China is now arming it's submarines with nuclear missiles thanks to Stephen Harper and the Canadian tax payer. I’m still looking for a link to the article in today’s Vancouver Province but multiple news outlets are confirming the story. Stephen Harper selling Communist China nuclear reactors is giving them the technology and the materials to make nuclear weapons just like Canada did for India. Harper giving Communist China our oil rights funds their military expansion. Stephen Harper should be hanged by the courts for treason.

Remember the Korean War? Stephen Harper is on the wrong side of that historic conflict. One article has the audacity to claim that China’s nuclear-armed submarines will be “useful as a hedge to any potential nuclear threats, including those from North Korea, even if they are relatively small.” Do they really think we are that stupid? Where do you think North Korea will get it’s nuclear missiles from? Communist China. We are supplying them. That is treason. This is a remake of the Cuban missile crisis. 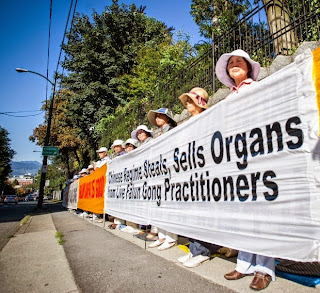 I have no problem with doing business with China. I just oppose giving them our oil rights and our oil profits. When they start arming submarines with nuclear missiles, that's the time to boycott them and stop doing business with them to preserve world peace.

Remember Pearl Harbour? Japan elected a fascist government that was torturing prisoners just like the CIA. The US put up a naval blockade to prevent their military invasions so they bombed Pearl Harbour. What do we do when Communist China does the same thing and threatens us with a nuclear missile if we stop giving them our oil?