Myanmar (Burma) and the Ukraine 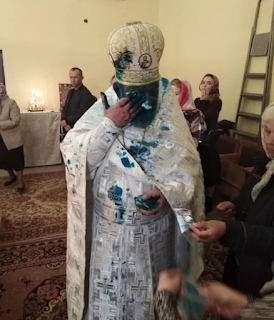 Speaking of Santa's naughty list we do need to mention the media's misrepresentation of the conflict in the Ukraine and their silence on the Myanmar protests. The struggle between good and evil continues because it is always misrepresented.

We heard about the coup, in the Ukraine. The CIA helped them overthrow the Russian president who was democratically elected then started to bomb the Donbas for objecting to the coup against democracy. Now they are ramping up their mistreatment of Russian speaking citizens and Romanians. I've seen a lot of disturbing videos of minorities duck taped to a pole and having their bare bottom beaten. Hitler would have called that Russian propaganda.

Promoting this and censoring it while they denounce fake racism is what Communism does. Actions speak louder than words because Fascism and Communism is the same thing. Now they are using green dye on their victims faces. This is something we should not be financially supporting. In this struggle between good and evil we are clearly on the wrong side. 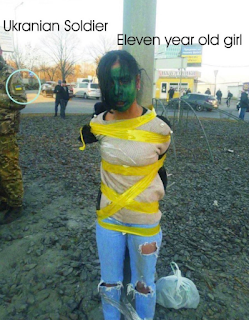 The fake news is misrepresenting this once again claiming that they were pick pockets. Tell me, was the priest a pick pocket too? May 23, 2022 Orthodox Christian dot com reported that "Showing disdain for the celebration of the holy Eucharist, Ukrainian nationalists burst into a church and doused the priest’s face with green antiseptic during the Divine Liturgy yesterday. The incident occurred at Holy Resurrection Church in the city of Stryi in the western Lvov Province, where the canonical Church is especially under attack, especially since the fratricidal war began in late February." Ukrainian Nationals are the Nazis we are arming and funding.

In contrast let's look at the Myanmar genocide and protests the mainstream media is deathly silent about. The Myanmar protests "began in early 2021 in opposition to the coup d'état on 1 February, staged by Min Aung Hlaing, the commander-in-chief of the country's armed forces, the Tatmadaw. As of 23 June 2022, at least 2000 protesters have been killed, 14,000 currently arrested and 700,000 displaced by the junta." Sound familiar? 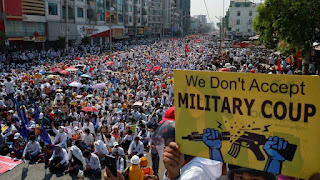 "The United Nations Office on Drugs and Crime (UNODC) opium survey for Myanmar has found that cultivation in Myanmar between September 2020 and January 2021 increased for the first time since a downwards trend started in 2014." Just like Afghanistan. Follow the drug money.

"Methamphetamine from the super labs of lawless eastern Myanmar is surging as organized crime thrives in the instability caused by the February coup there, experts have told VOA, flooding neighboring countries with narcotics and carving out new channels to reach old markets."

Maybe that raw opium seizure in Vancouver came from Myanmar