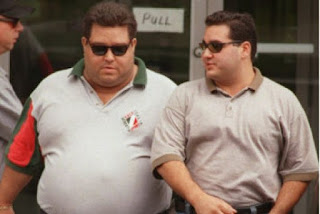 As one bog reader has pointed out the Toronto Star is reporting that "Former undercover officer suing police services board, alleging they failed to protect him - and making explosive allegations of police corruption."

"Manning alleges his identity was revealed by a high-ranking police colleague to a Hamilton crime family because Manning’s undercover work was close to exposing the officer’s criminal activity. Manning’s lawsuit includes a long list of explosive allegations of police corruption in Hamilton, which Manning claims to have learned about from his police duties and undercover work, including his network of informants, two of whom have since died violently."

CHCH is reporting that "In the court documents, Manning describes how he was attacked one night by four men while undercover. Mr. Thomas Riordan said directly to Mr. Manning, “hey cop”, before without warning all four males simultaneously began to assault Mr. Manning. Mr. Manning fought back and retreated to his undercover apartment. Manning claims he called his “handler” after the attack and was told a police cruiser was outside waiting for him. He alleges when he went outside, the same four guys attacked him again, this time with knives as an unmarked police vehicle drove by."

This is significant because it was related to a Hamilton crime family. That is the headquaters of the Calabrians who were battling the Rizzutos for control of the Montreal drug trade.

The Toronto Star summarizes that Among Manning’s claims in his lawsuit:

Hamilton police officers fraudulently claimed reward money from Crime Stoppers, and others were involved in “ripping off” drug dealers and marijuana grow operations.

Two officers have been ‘on the take’ since the ’80s. They would pay reward money to a relative and then split the proceeds.

A senior Hamilton officer sold information about the investigation into the unsolved 1998 murders of criminal lawyer Lynn Gilbank and her husband, Fred. It’s believed Gilbank may have been the subject of a gangland hit at her Ancaster home.

He and his wife were falsely detained and their rural home subject to an improper search by Hamilton police, who told him they had received a tip and came looking for a marijuana grow op.

It appears that this is just the tip of the iceberg so to speak. 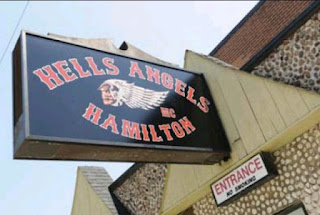 Perhaps this all relates to Bob Deasy's book Being Uncle Charlie. Which teletubby was it that helped the Hells Angels take over the Hamilton drug trade from the Outlaws? Was it the Po Po?

In Alberta the Edmonton Police Service has a bad reputation for passing on intel to the Hell Angels. This was confirmed by the Calgary Police Department who saw members of the EPS partying with Hells Angels in Calgary. This sheds light on part of the problem. Many cops who investigate the Hells Angels do so because they covet that life. They covet the strippers and blow lifestyle. For most normal family men, that lifestyle does not apeal to them. It is concerneing when so many police officers covet that life. IHIT in Surrey was the same however I understand there have been improvements made in that department since the Surrey Six disaster.

Alberta solved the problem with their gang task force ALERT who recently made a huge HA bust in Edmonton. Now we have to ask if the Alberta government are going to disband ALERT for doing such a good job like the BC government keeps doing. Our gang task force keeps getting infiltrated by idiots. Right now it appears that the BEU need to have a peak at what's really going on in Hamilton as it is no doubt tied to the rising HA / Rizzuto recovery.