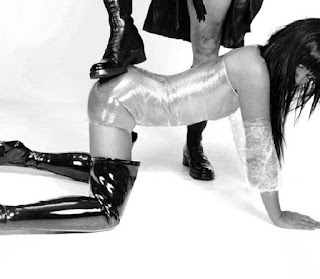 CBC is reporting that "A B.C. Mountie has left the force a few days ahead of a disciplinary hearing focused on allegations of photos of the officer that were posted on a social networking site for sexual fetishists." This involves the offensive clown Jim Brown. "The disciplinary hearing on May 2, about four years after the investigation began, was to hear evidence related to five allegations of disgraceful or disorderly conduct and had been rescheduled several times."

What really happened was that Jim Brown simply stalled off the disciplinary hearing until he was ready to retire. CKNW reported that he claimed he is a 27-year veteran of the RCMP. He gets a full pension after 25 years That means he milked an extra two years of paid holidays by stalling off the hearing The RMP once again did nothing but aid and abet him.

The only thing shocking about the case is that he didn't get a transfer to Regional Office with Don Ray or get a promotion with Bill Fordy. That is the exact type of person Craig Callen promotes. Birds of a feather all get promoted together. (and go on "fishing" trips together) Meet the FOCCers - Friends of Craig Callen.

Jim Brown may have left the RCMP but this story isn't over yet. The Missing Women's Inquiry was *suposed* to hear evidence that off duty police officers attended parties at Piggy's Palace. That evidence still needs to be addressed. It's part of the Dianne Rock story. 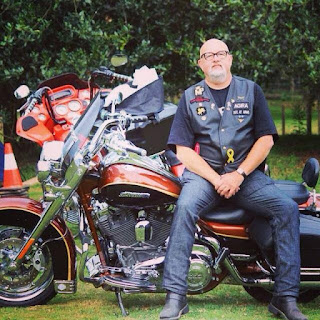 CKNW posted a picture from some of his motorcycle rides traveling on paid holiday. Dave Pickton missed Willie's trial because he was on a ride to Sturgis. Hmmm...