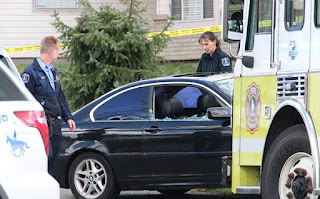 The Now Newspaper is reporting that "A man was sent to hospital after a car was shot up near Bear Creek Park Monday afternoon as Surrey's relentless shooting spree continues. Surrey has recorded 31 shootings this year so far. This is the third shooting in just three days. Police were on scene at 86A Avenue and 140th Street at about 2:30 p.m. Monday afternoon after reports of shots being fired. A black BMW at the scene had its window shot out."

Update: BC Local News is reporting that "Surrey RCMP responded to another shooting Tuesday night, the fourth in four days. At 11:10 p.m. April 5, Surrey Mounties attended a call for shots fired in the 7700-block of 155 Street. When they arrived, the found a man injured. He was taken to hospital where he remains in stable condition. Surrey Mayor Linda Hepner said she is furious, but believes the police investigation will shut down the violence in the next few weeks." Yeah right tell her to get off the crack pipe. They gave that dancing naked monkey a promotion so he isn't even around any more to pretend he is doing anything.

The Vancouver Province is reporting that a maintenance worker found a bullet hole in the window of the Guildford RCMP police station and that the police have no idea when it got there. 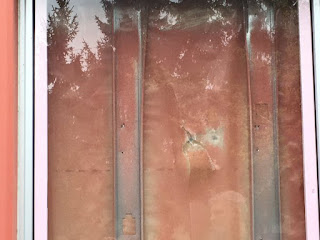