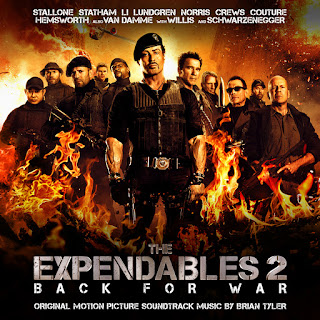 I saw the Expendables 2 on Netfix the other night. It was awesome. I had seen one and three but somehow missed two. Three was nice how they introduced some new young guns and had old school and new school fighting shoulder to shoulder. Expendables 2 was even better than the first one. It was an all star cast of every old school tough guy in recorded history - Stallone, Schwarzenegger, Bruce Willis, Jason Statham, Jet Li, Randy Couture from the UFC was in it. They even has a special guest appearance of Chuck Norris. It was really funny how they introduced him. Jean Claude Vam Damme was the villain. What ever happened to that guy?

The movie was awesome.At the end of the movie someone gives them a new plane and Stallone says that plane should be in a museum. Then Schwarzenegger says we all should. Indeed. Yet as Schwarzenegger proved in the amazing Terminator Genesis remix also on Netfix, I may be old but I'm not obsolete. Truth. Speaking of young guns, Michael B Jordan the promising young actor that Rocky trained in the movie Creed was introduced in the last two episodes of the TV series Lie to me also on Netflix. That young man has huge potential. He is very good.