Air America - Crack in the System 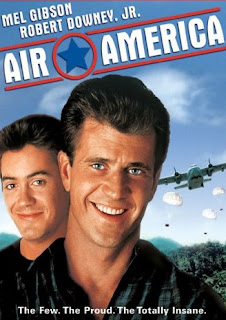 I just wanted to throw this one out there so I can link to it. Everyone knows I am a big fan of the Gary Webb story and the US Constitution. The US Constitution as well as the Canadian Charter of Rights and the Irish Proclamation protect civl liberty in a free republic. That freedom is under fire not from a foreign enemy but from enemies within.

Gary Webb claimed the CIA was responsible for the US crack epidemic in the 1980's. Gary Webb was right. This blog has always had two founding premises. The first was that the Hells Angels are a criminal organization. The second is like unto it. That the CIA is also a criminal organization. In a democratic society, police are needed to protect the public peace. So is the military. There is no mention of the CIA in the Constitution. Giving anyone a blank cheque with no public accountability is never a good idea.

Gary Webb wasn't the first person to break the story about the CIA's involvement with drug trafficking in the Nicaraguan war. In his book Dark Alliance he admits Bob Parry broke the story years prior and it was confirmed by the Kerry Committee. Gary Webb found where the CIA's cocaine went after it arrived in the US. Freeway Ricky had no idea he was selling crack for the CIA at the time and was shocked to find out after he was incarerated.

Yet as the popular youtube video entitled Crack the CIA declares, the CIA's drug trafficking began before Nicaragua. It began in Vietnam. Bo Gritz confirmed that. In fact, the CIA created the Golden Triangle and crashed the Nugan Hand bank in Australia just like it crashed the BCCI.

Not only did war hero Bo Gritz confirm the CIA were drug trafficking in Vietnam but Terry Reed wrote a book all about it called Compromised: Bush, Clinton and the CIA. The movie Air America with Mel Gibson and Robert Downey JR was a comedy about a corrupt CIA running drugs in Vietnam. Unfortunately it was based on a true story as explained by Terry Reed.

How does all this apply to us now? If the CIA were responsible for the US crack epidemic in the 1980's then they are responsible for ours. Operation Fast and Furious is proof of it. The Hells Angels unkowingly sell crack for the CIA just like Freeway Ricky did back in LA. 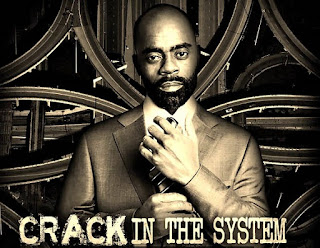 We should be opposing the public sale of crack cocaine we shouldn't be handing out free crack pipes promoting it. Heroin is bad but crack and crystal meth is even worse. We are losing the war on drugs simply because we never fought it. "All it takes for evil to triumph is for good men and women to remain silent and do nothing." Peace.

Posted by Dennis Watson at 1:04 AM