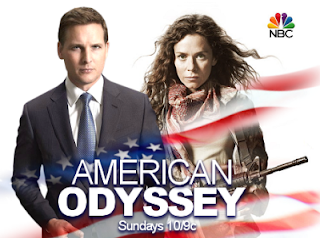 I've started watching a riveting TV series on Netflix called American Odyssey. Obviously it's fiction but the frightening plausibility of the story is astounding. Contrast that with another trending series called Covert Affairs and we get both sides of the propaganda spectrum.

American Odyssey is about an American female Special Forces soldier who comes across computer files that prove a major corporation is funding jihadists in North Africa. But before she can tell anyone, the rest of her unit is killed and she is the only survivor and the only witness to her team’s true assassins overseas.

Zap2it states Jake Robinson plays more than the Occupy Wall Street guy. It is a conspiracy that, like it or not, cuts to the heart of the modern dilemma we all now face. 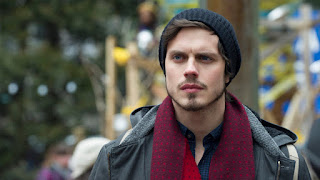 The first problem is a privatized military but that clearly is not the only problem. I remember when I first started writing about Blackwater. Trailrunner was offended I referred to them as mercenaries but that is exactly what they were. Blackwater was dirty and they still are. Yet they aren't the only ones. Privatizing the military is a huge concern. Yet the real concern goes far beyond that.

Cover Affairs is a lighter, fun TV series that one has to constantly remember that it is absolute fiction. The CIA isn't really like that. We would like to think it is but unfortunately when we look at the long dark history of the CIA the reality is a far cry from the fun James Bond type fiction.

In Covert Affairs, Annie and her handler Auggie are very likeable characters that are consistently on the side of good. Both characters went through a trailer trash tramp stage but both got through it and ended up in committed relationships and lived happily ever after so to speak.

There was an ongoing interaction with a friendly Mossad agent that paints the intelligence community as being on the side of good which in reality is very far from the truth. Not a word was mentioned about all the years of drug trafficking and all the other bad things the agency does. It did rationalize some of the bad the agency does explaining it away by claiming it was caused by one rouge high ranking member like Allen Dulles. In reality, we have to face the fact that a bitter tree cannot bring forth good fruit and if the roots are evil the whole organization is.

Consequently, Covert Affairs paints the privatized military in a much more positive light. McQuade was a good guy and was very competent which reinforced that the real problem isn't private versus public military. The real problem is good versus evil. However, it is much easier for evil to corrupt a private military when there is less public accountability. Nevertheless, we have seen that it's pretty easy to corrupt a public military as well. 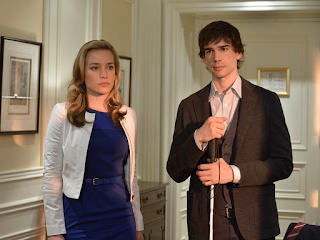