One year plus a day for Surrey murder 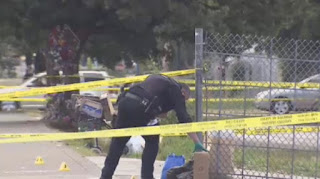 The Vancouver Sun is reporting that "One of two men charged in connection with a fatal stabbing in Surrey nearly two years ago has been convicted of assault. Tyson Darryl Cole, 29, was charged with manslaughter in the death of 63-year-old Donald William Deweyn. During an appearance in provincial court in Surrey last week, Cole was convicted of the lesser included charge of assault causing bodily harm. According to court records, he was sentenced to time served plus a day in jail, and a year of probation. Cole spent more than a year in custody before his conviction."

"At about 5 a.m. on July 25, 2014, Deweyn was stabbed during an altercation with two males in a parking lot near 106th Avenue and 135A Street. Deweyn was taken to hospital, where he succumbed to his injuries less than 30 minutes later.Deweyn was a retired millworker, a widower and homeless at the time of his death, though he was staying in the area. Deweyn had no criminal record and no negative contact with police. "

This once again highlights the exploitation of the homeless on the infamous Surrey strip that has been in the news. One year plus a day for murder is a disgusting insult to human dignity. Two guys were arguing with a homelssman on the Strip and stabbed him. What do you think the odds are they were arguing about a drug debt? They sure didn't kill him for his wallet. He was homeless. Yet both suspects had a long history of threats and theft. Robbing the homeless on welfare day is nothing new either. They stabbed Donald Dewey in the early morning hours of Friday July 25th 2014. Right after Welfare Wednesday.

The victim Donald Deweyn was a retired millworker, a widower and homeless at the time of his death. Deweyn once owned a property in New Westminster that was foreclosed upon in October 2011. This was a retired millworker who ended up homeless after they foreclosed his property. Giving the homeless drugs, then beating the life out of them for payment is predatory yet the victim had no criminal record. One year plus a day for murder is an outrage.

Dylan Dempsey, Tyson's coaccused was found guilty of uttering threats last month but the crown filed a stay of proceedings on the assault with a weapon charge. These are repeat offenders. 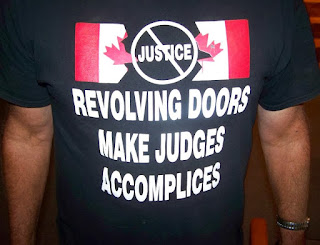