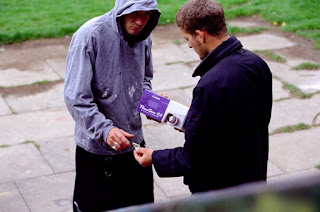 The Times Colonist is reporting that "Victoria councillors have unanimously approved spending up to $113,000 in additional policing funds to deal with increasing crime and violence in the neighbourhood surrounding the tent city on the courthouse lawn. Acting Police Chief Del Manak painted a grim picture to city councillors of drug use, violence and intimidation in and around tent city because street gang members have infiltrated the encampment. 'The site is clearly not safe,' he said. Manak said police officers are regularly met with aggression at tent city; both residents and service providers are intimidated and many neighbours worry for their safety."

This is a common theme we are seeing repeat itself. Victoria, Vancouver, Surrey, Maple Ridge - all have areas where the street gangs are exploiting and brutalizing the homeless so they can make money from addiction that results in a huge amount of violent crime.

The Victoria police chief said both residents and service providers are intimidated and many neighbours worry for their safety. This is very true. Service provides is referring to sex trade workers like Dianne Rock and Janice Shore where the drug dealer becomes the pimp and take everything they make not just a percentage. There is nothing consentual about it.

There are two problems on the table not just one. Housing is a legitimate concern. Yet the cause is lost when it is overcome and exploited with open drug abuse. Hal Hannon from Breaking the code nailed it in a post he made entitled Why Tent City Has No Solution.

"Have you ever supported a drug habit? I have. I supported my ex-roommate’s addiction for fifteen years. It cost me between $3,000 and $5,000 a month, whatever I could make available. Had I made more available, she would have wasted that on drugs too. Multiply that by the masses who inhabit tent city and those waiting for a spot to pitch a tent. I can assure you that when a lifestyle is driven by addiction there is never enough money. Without enough money, tent city has no solution. Every effort to help them will be misused to support their drug habits I am not saying every tenter is an addict. I am saying that some ninety percent of them are."

Hal has a very valid point. However, I am saying there is a solution. Arrest the drug dealers exploiting the homeless not the drug addicts. Unless we do that we are enabling and supporting the violence exploiting them. Then we can devote some of the resources we spent on harm promotion on housing instead. People need homes not drugs. 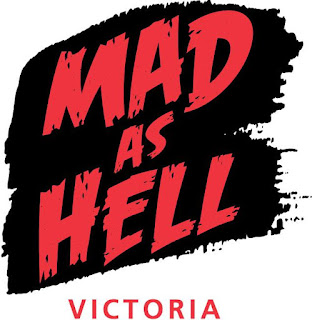