Erik Prince of Darkness has Returned

I can't believe Erik Prince has returned from exile. Did we forget why he went into exile or has everyone that was willing to testify against him mysteriously died? Erik Prince is a bad man. He is a man like unto Allen Dulles of old. He created a private military army called Blackwater. When they were accused of committing war crimes in Iraq and when Erik Prince was acused of arms dealing and murdering whistleblowers he ran off to the United Arab Emirates. Now he's back loud and proud with a new clone army. Forbes has declared: We Created A Monster.

One minute he's trying to start a new Christian Crusade against Muslims, then the next he built a mercenary army for an Islamic monarchy with Sharia courts. It gets worse. Now he's working for Communist China. I kid you not. Why on earth is he doing that? Wait 'till I tell ye.

It's not just a matter of him selling his services to the highest bidder. It's that he has always been a Communist because he has always opposed the civl liberty embraced by the US Constitution. He has always been an enemy of the Constitution. Him working for the Communists is simply the natural conclusion of the path he was on. Clearly the formation of a single state religion is a step towards forming a marxist leninist atheist state. Both roads lead to the same destination because they abandon the sacred principles of a free republic.

Giving large corporations their own private army is exactly what Communist China does. Erik Prince works for oil monopolies. The Rothschilds were the one that funded the Communist revolution in Russia after they hijacked the workers movement. Oil companies aren't bad. Everyone want to make some cheddar. Oil monopolies are bad. Back in the day when the Rothschilds used hostile take overs to secure a monopoly on the market the US supreme court cited anti trust laws and ruled it illegal. Now the politicians line their pockets with campaign contributions and call it good business. Creating corporate monopolies and destroying the free market is never good business. Times have certainly changed.

Wikipedia states Erik Prince claims the former CIA director Leon Panetta outed him as a CIA asset. Ah so Blackwater contracts out for the CIA. Big surprise. Do the CIA contract out some of their drug trafficking to Blackwater? What were these two Blackwater b*tches doing with their backpacks at the Boston Marathon bombing? Were they doing contract work for Graham Fuller? 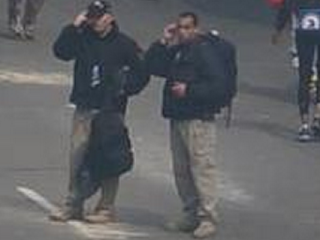 In hindsight Star Wars fans ask: Was creating a clone army a bad idea? Evidently it was.

Former Blackwater chief under investigation for deals with China and Libya