Shootings in Abbotsford and Peachland 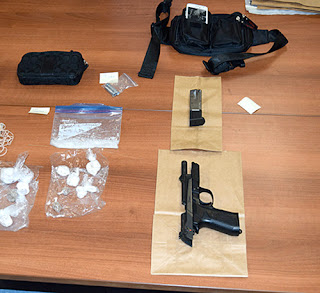 The Abbotsford News is reporting that Police watched a guy on a stolen motorcycle drive eraticalty and crash the motorcycle. The rider fled the scene but police found a fanny pack on scene with almost $1,100 cash, a loaded pistol, street drugs (including heroin, crack cocaine, cocaine, methamphetamine and unknown drugs), and identification of the arrested man. I guess that's one for the gangsters' fail army. The suspect was well known to the police.