Fraser MacRae was a Rock Star 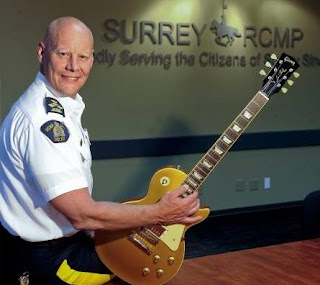 Yesterday I saw a cop on a quad outside the Front Room. Now that's what I'm talking about. Several years ago I was at Surrey central before they got rid of the crack dealers there and Surrey's awesome Police Chief at the time, Fraser MacRae, held a huge comunity policeing display right at crack central. He had a giant mobile command centre roll in with numerous auxiliary police officers on quads coordinating a concise community response to crime in Surrey. He was the exact opposite of Bill Fordy in every way.

Fraser MacRae was a Rock Star like John McKay, the VPD ninja was. Bill Fordy on the other hand is a flaming idiot. Bill Fordy was not an ace interrogator. He was a bumbling idiot on the Pickton investigation that was too busy sexually harassing Catherine Gallagher to do his job. He hasn't changed. He's one of the FOCERS - Friends of Craig Callen who is the root of the sexual harassment problem at the RCMP in British Columbia. 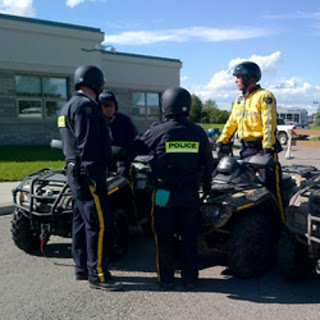 However, the real predators outside the Front Room on the strip are the crack dealer who brutalize the homeless on a daily basis. The prolific offender is stealing to pay back his dealer. If he doesn't do that, his dealer with beat the life out of him like they did to Janice Shore. If we really want to address the problem we get tough with the crack dealers not the addicts. Reducing the number of addicts reduces the crime and violence. That is the New York model. I saw it.