Shots fired in Surrey and Abbotsford 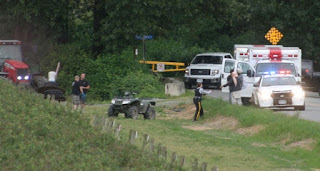 News 1130 is reporting that "Surrey RCMP responded to several 911 calls early this morning after shots were fired into a home near 160th Street on King George Boulevard at around 3:30 a.m."

Previously CTV reported that "A man found dead in an Abbotsford blueberry field Wednesday looked like he’d been shot multiple times, according to the farmer who made the grim discovery." IHIT has taken over that investigation. Early Monday morning someone was shot in Surrey and drove to a hospital in Abbotsford for treatment.

Update: Scan BC is reporting that #Surrey #RCMP on scene a vehicle shot up at Scott Rd & 75a. One male with multiple gunshot wounds. 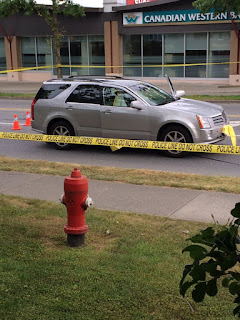 Posted by Dennis Watson at 2:17 PM