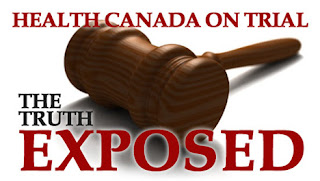 It's pretty clear that the next criminal organization we have to deal with is Health Canada. It's bad enough that the methadone program has become grossly abused. Now they're going for the full monty. They're letting "doctors" prescribe heroin. I kid you not. Who's going to fund that - taxpayers? You can't get an MRI or cancer treatment but you can get free heroin? That is insane and evil. There is nothing compassionate about it. Bankrupting our sacred medical program to promote addition. That will burn tax dollars faster than a forest fire.

I'm not the only one that thinks Health Canada is a criminal organization. Like Vancouver Coastal Health, they have proven they have no regard for promoting health. They are simply engaged in harm promotion and enable addiction. People need homes not drugs. They should be handing out sandwiches instead of free crack pipes. Our good intentions are creating a lot of misery and funding the gang war. Handing out free heroin at Insite is wrong.

Dr. Colin Mangham lost his job for opposing the insanity surrounding Insite. Turns out there is big money to be had in harm promotion within the pharmaceutical industry. John Volken runs an amazing detox centre in Surrey where he not only helps people get off drugs but he also teaches them life skills and gives them a job at Price Pro as well. He can't get government funding because he helps addicts get off drugs instead of turning them into lifetime methadone addicts. For all the money the government is pouring into organized crime and harm promotion, they could be funding more housing instead. That would be a much healthier solution.

As for genetically modified salmon, give me a break. Anyone with a brain can see that is not good for you. I didn't even know what GMO was until I met a large group of locals in Kelowna objecting to it at Stephen Harper's visit. Injecting pesticide into food is not healthy. It's killing the bee population which is shooting ourselves in the foot. Well GMO salmon is worse.

The Council of Canadians opposes the approval of genetically modified salmon for sale as food in Canada. They are a credible NPO. If they approve genetically modified salmon for sale, they need to label it as such and let consumers decide. That is the only logical solution. Health Canada is a criminal organization working against the best interest of Canadian taxpayers. 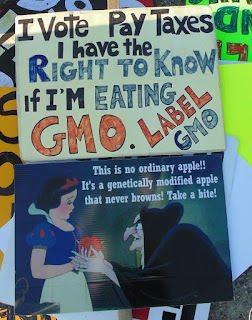