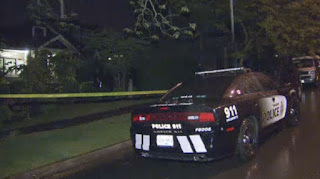 CTV reported that there was a gang related shooting at Oxford Street and Skeena Street in east Vancouver last Tuesday. "A man suffering from multiple gunshot wounds was found in the backyard of a home."

The Peace Arch News reported that the gang unti arrested two people in a White Rock residence last Tuesday. "During a search of the premises Tuesday night, police found substances and paraphernalia consistent with what is believed to be an illegal synthetic drug lab."

The Prince George Citizen reported that Jamie Wade Fatum, 24, has been charged with attempted murder against a suspect in relation to last Friday's shooting outside a Prince George apartment building.