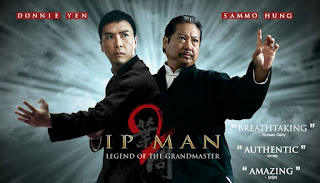 I just realized that not only has Ip Man 2 been released but it's also on Netflix. It's very well done. I made reference to the first Ip Man movie with Donnie Yen in a previous post. I like Wing Chun. I have mad harsh respect for the arts. The most stirring message from this movie is the importance of respecting the dignity of others. Nobody likes a bully. On that note I found two more inspiring quotes. The first is from one of Ip Man's students, the infamous Bruce Lee. 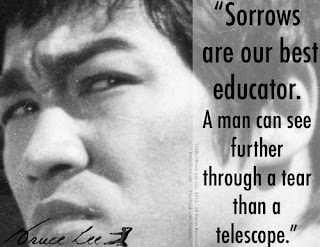 The other is from the Dalai Lama himself. 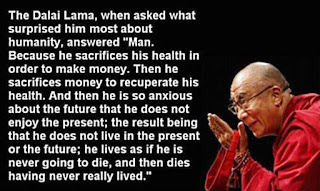 Update: I not sure how historically acurate Ip Man 2 is. It seemed more like a fictional remake of Rocky 4 where he takes on the Russian after Apollo fails only in reverse. Likewise in the first movie it appears that the big fight between Ip Man and a Japanese general simply never happened in real life. Ip Man went to Hong Kong in 1949 to flee the Communist uprising IRL becasue he was an officer in the rival political party, the Kuomintang or Chinese Nationalist Party.

I will note that both Ip Man movies are in Cantonese not Mandarin. Cantonese is spoken in Hong Kong. Mainland China is trying to kill the language and replace it with Mandarin. Perhaps the hidden meaning behind the movie is to stand up to all bullies both foreign and domestic. Peace.

Yo! Mike Tyson is in Ip Man 3! David and Goliath hits the big screen. It's on DVD. 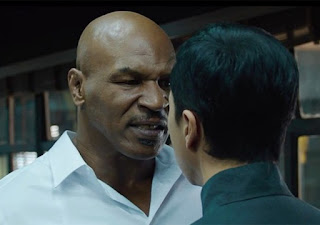 Whoa, it looks like Dr Smythe is right in that the Communist government of China had an influence in the production of the movie which may explain why it is so historically inaccurate. I was watching the opening credits for another Donnie Yen movie called Special ID and saw a very suspicious looking logo for the China Film Co Ltd. Wikipedia claims that the China Film Group Corporation is the largest and most influential state-owned film enterprise in China. According to Forbes it is a state monopoly that all imported films have to work with. I still think Ip Man is a great movie as long as you realize it is pure fantasy and is not historically accurate. 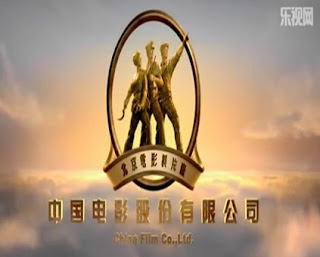