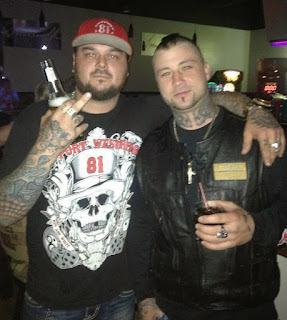 Local sources in Greece are reporting that the three Canadian Hells Angels from Alberta on trial for a vicious assault that resulted in murder were in court yesterday to have the matter adjourned until Tuesday for cross examination and a possible a verdict will be rendered.

Dusty Swanson (in the top picture on the right) a prospect for Westridge, formally from the Dirty flu appears to be taking the fall for the patch holders as per usual. Nick Dragich was one of the Hells Angels posing with Rob Ford when he was mayor of Toronto. Lets hope Greece has a better judicial system than Spain. More information will be forthcoming. 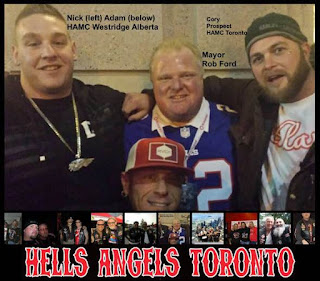 Just for the record, this is a picture of the guy they beat to death: 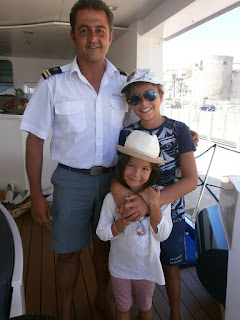 This is a picture of Nick Dragich: 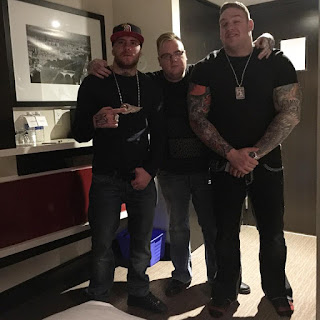 Nick is huge and has a background in MMA. Nobody likes a bully.

Having one guy take the fall for this murder is pretty offensive. Compare this case with the brutal murder of Dain Philips in Kelowna. Dain was a big man. So was Robert Thomas who yelled "So you want to f*ck with the Hells Angles?!" as he confronted him with a baseball bat and a car load of members and associates.

Dain saw he was outnumbered, raised his hands in a neutral position of surrender and said he wasn't there to fight. Thomas hit him several times with the baseball bat. Dain did not fight back. When Dain was hit in the head with the baseball bat that finally brought him to the ground. Once Dain was on the ground everyone else joined in kicking and punching him while he was on the ground and beat him to death with hammers. It was a disgustingly brutal and cowardly act. It wasn't just one person involved.

In the Greece murder there is no way just one person was involved. With the Hells Angels it's all about fight me, fight my gang. All Nick had to do was stand there as a Hells Angel and the victim would have been paralyzed with fear while Dusty beat him to death. I do not believe the others did not join in. Even if they didn't their presence aided the murder through intimidation and their presence supporting it not stopping it makes them accessories to murder at the very least. They were the patch holders, Dusty was the prospect. All they had to do was say stop and he would have. They didn't. That makes the criminally culpable.

Posted by Dennis Watson at 1:12 PM