Freeway Ricky: Crack in the System 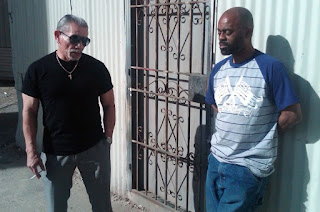 Shortly after the movie came out about the Gary Webb Story called Kill the Messenger, another similar movie was due to be released about the Freeway Ricky connection called Freeway: Crack in the System. Only I was unable to find and purchase a copy. One blog reader recently wrote in and asked me about the film and I just found it posted online. It is also worth watching.

So let's review the content of the film and go over what they got right and what they left out after they opened Pandora's box. The most important puzzle piece this film reveals is Freeway Ricky's direct connection to Blandon. That ties in directly with the Gary Webb story. Gary Webb revealed that the CIA were directly responsible for the US Crack epidemic in the 1980's. It was all part of Iran Contra. That's one thing this film got right. Iran Contra wasn't about selling Iran Arms to release hostages. It was about selling Iran Arms to raise money for the Contra Rebels in Nicaragua. That was the initial motive behind the CIA's prolific drug traficking.

It happened while Reagan was in office but Reagan wasn't the author of it. George Bush Sr. was and it later ties in with the Clintons in Mena Arkansas. Gary Webb clearly established that Oscar Danilo Blandón was the one bringing in the CIA's cocaine into the US to fund the Contra rebels in Nicaragua. That documents the fact that Freeway Ricky was unknowingly selling crack for the CIA and made a colossal amount of money doing so.

So Gary Webb was right. The CIA has been actively involved in drug trafficking since the Vietnam war. Operation Fast and Furious showed that Iran Contra never stopped. They're still doing it now.

The other interesting twist to this movie is the account of the DEA agent seen in the above picture with Freeway Ricky. He talked about how they targeted Ricky after the feds pulled the plug on their conviction of Oscar Danilo Blandón. When the DEA arrest a drug dealer they often offer a plea bargain to get him to turn on his supplier. Catching the bigger fish is more effective at stopping the drug trafficking network. It is somewhat puzzling that after the CIA protected Oscar Danilo Blandón from conviction, they used him to trap one of his dealers, Freeway Ricky.

Initially one would have to ask why would they do that? Why would they use a supplier to bust a dealer? Normally it's the other way around. Why would they let the supplier continue doing business and avoid jail time for doing so and pay him a salary while they are at it? Because it was the CIA behind the drug trafficking all along. Perhaps that's why the DEA agents went corrupt just like the New York cops in the 75th Precinct did.

In this movie, the DEA agent admits that after the feds pulled the plug on their investigation into Oscar Danilo Blandón they started keeping part of the money they were seizing from drug traffickers for themselves. He admits the new directive wasn't to get drugs off the streets, it was to seize as much drug money as they could to fund operations. Letting them keep finder fees for themselves shows how the CIA infiltrated the DEA which eventually lead to Operation Fast and Furious that Hillary Clinton authored and Obama used executive privilege to cover up.

I am not against the war on drugs. I am simply pointing out that the CIA is on the wrong side of that war. I am not anti American. I am simply pointing out that the CIA are. They are the ones killing the Constitution as we speak. Fighting Communism is a good thing. I'm just saying that the end does not justify the means. Selling crack is not the way to do it. Not only that, but that motive is yet another fraud. They aren't trying to stop the communists. They are the communists. Their investment fraud crashing world banks ties into Wall Street, the Greek Financial crisis and Communist China's takeover of the free world. Communist China is the biggest threat to world peace on the planet and we are all kissing their ass while they do it. 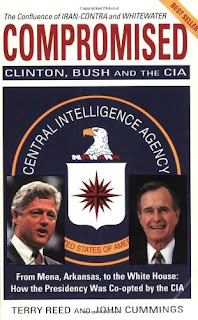