Surrey's New Police Chief is a breath of fresh air 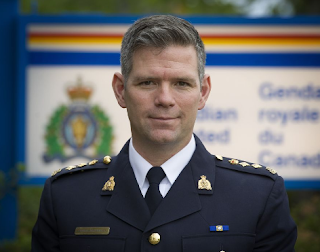 The Surrey Now is reporting that Dwayne McDonald has become the new Police Chief for Surrey. This is a step forward. He transferred to the CFSEU in 2011 and became team commander. In 2012 he became an Inspector and Senior Investigator at CFSEU. That means he was in charge during the Kelowna Summer Jam that saw David Giles busted and now convicted. Then he took over IHITit in 2014. Before him, IHIT was a gong show of sexual harassment. They were getting drunk with witnesses and sleeping with them. This wasn't a one time thing it was an accepted practice. I understand that after he took over IHIT the level of professionalism greatly improved.

As for his new charge, he said, “I will strive to build on what has proven successful. “Together, in partnership with the community, with business and with all levels of government, we will provide a public safety model, in Surrey, that will be the envy of all. “As for what I’d change? I just got keys to my office this morning so I haven’t quite delved into all the issues,” he told those at the press conference. “If it’s not working, we need to change it.”

What needs to change? Wait 'till I tell ye. Let's go back to the Surrey Crime Prevention meeting that was hosted by Bruce Ralston and Mike Farnworth on 12 June 2008. Harm promotion outside the Front Room on the Whalley Strip is not working. That is what needs to change. I'm not talking about harassing the homeless. I'm talking about the Four Pillars program where we arrest the drug dealers selling crack and fentanyl. Failing to do that is insane. When the public report crime to the police and the police refuse to enforce the law, that makes them criminally culpable.

Let's build on previous success shall we? When Dianne Watts was first elected she launched a magnificent crime prevention coalition. I was there. She invited a speaker to talk about the New York Model. I was impressed. I know about the New York Model because I was there. I saw it. She talked about creating a web site to highlight crime statistics and spotlight high crime areas. It was a wonderful idea but it never happened. She talked about installing cameras in high crime areas to reduce crime. Another wonderful idea that never happened.

When she took office she did the exact opposite of what she promised. Residents kept complaining about a late night illegal booze can in Green Timbers and the City refused to do anything about it. Residents were astonished and said what are you going to do wait until someone gets killed? That's exactly what they did. This practice of repeatedly refusing to respond to community complaints kept repeating itself over and over again resulting in record fatalities.

City Hall kept refusing to enforce the law when businesses in Newton reported drug dealers outside their businesses. That failure to respond resulted in yet another high profile fatality. The residents rallied and voiced their concerns yet nothing happend. Nothing changed.

So what needs to change in Surrey? We need to implement the great ideas Dianne Watts said she was going to implement when she was first elected to office but failed to deliver on. We need to create a web site that reports crime statistics instead of suppressing them so we can spotlight high crime areas. Then we need to install video cameras in high crime areas to help prevent crime. Remember when we used to have crime prevention meetings in Surrey?

I can tell you right now that the high crime areas of Surrey relate directly to where we let drug dealers sell crack, crystal meth and now fentanyl in public. Enforcing the law by arresting the drug dealers not the drug addicts, prevents a huge mount of violent crime. Mark my word. 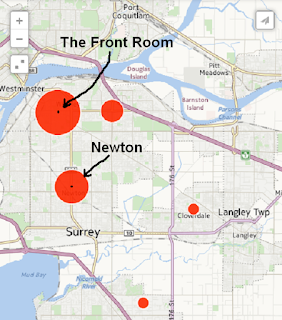