Documentary on New York Cop Corruption in the /80's 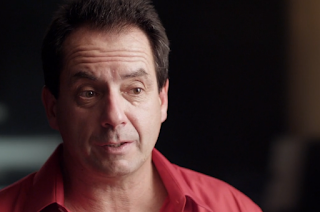 I just watched an astound Netflix documentary on police corruption in New york City back in the /80's called the Seven Five. I had no idea it was that bad when I was there. I just saw the resulting crack on the street that they were all profiting from.

The documentary is about the Michael Dowd story and the plague of police corruption that infiltrated and consumed the 75th precinct in Brooklyn from 1987 to 1992. This documentary explains how it was Mayor David Dinkins that was the real author of the New York model that cleaned up corruption and got crack off the streets not Mayor Giuliani.

The documentary is astounding and you need to see it yourself to believe it. It starts off with clips from Dowd testifying before the Mollen Commission after he was caught and interviews him after he served 12 years in prison for racketeering and drug dealing. It also interviews cops and drug dealers he worked with. The candid nature of the documentary is astounding.

In 1987 the 75th precinct in Brooklyn was almost completely corrupt. Dowd and his crew were on the take tipping off his drug dealers when they were going to be raided and provided police escorts when they moved their cash so they wouldn't get robbed by rival drug dealers. His dealers set up a supermarket in Brooklyn. People would buy groceries, then go to a door in the back and buy kilos of cocaine hidden within their groceries. What I saw was the insane amount of violence on the street in Harlem and on East 42nd Street Times Square when that cocaine was turned into crack and sold on the street. I saw the enforcement on the front line that was a huge part of the famous New York model eveyone talks about.

Evidently there was another key element behind the New York Model that I was not aware of. After Dowd's arrest Mayor David Dinkins launched the Mollen Commission to investigate police corruption in New York City. In 1994 the Commission concluded that: "Today's corruption is not the corruption of Knapp Commission days. Corruption then was largely a corruption of accommodation, of criminals and police officers giving and taking bribes, buying and selling protection. Corruption was, in its essence, consensual. Today's corruption is characterized by brutality, theft, abuse of authority and active police criminality."

Fast forward to Surrey 2016. Surrey is to Vancouver what Brooklyn was to New York. Although I predominately stayed in Harlem and on the Deuce when I was in New York, I did visit Brooklyn a few times. Curtis Sliwa's parents lived there. Wonderful couple. Brooklyn was tense. The kids on the subways used to sing a song. "Brooklyn robbed my house. Then they took me couch. Brooklyn, Brooklyn." Surrey has a series of it's own jokes regarding crime and criminals. Yet over all Surrey is indeed improving. The one thing that is holding us back is the policing problem that refuses to arrest the drug dealers that sell crack or fentanyl in public.

I don't think we have the same kind of problem with police corruption in Surrey like they did in the 75th Precinct in Brooklyn but we do have a serious problem that needs to be addressed. It begins and ends with Bill Ford and Craig Callen. They aren't on the take. They're just incompetent idiots that are so consumed with sexual harassment that they refuse to do their job. That fact shows us the real corruption within the RCMP comes from the top down. When the RCMP management promote bumbling idiots knowing full well they won't do their job, the rest of us are forced to ask ourselves why don't they want them to do their job? Are they on the take? It sure looks like it.

Richard Barszczewski scuttled David Giles' arrest in the Western Wind bust from the top down. The officers on the case were very frustrated when he pulled the plug. That was a criminal act. Instead of getting fired and going to jail upper management gave him a promotion. Take a look at how the RCMP scuttled Operation Phoenix preventing Weird Hal from getting busted. That was another criminal act swiftly swept under the carpet. Are we beginning to see a pattern yet?

If we really want to reduce drug related crime and violence we need an independent body that monitors police corruption right at the top. Until we do that we are simply shooting ourselves in the foot with all this harm promotion. Gary Shinkaruk should be in charge of E Division not Bill Fordy. Getting rid of the OMGU right after their colossal success in Kelowna was very suspect. Our corruption works from the top down. That needs to be addressed just like it was in New York. 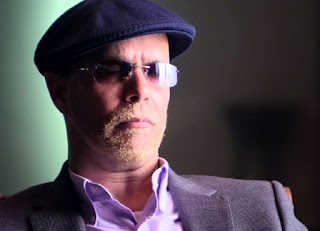