Rise in Opioid addiction in the US 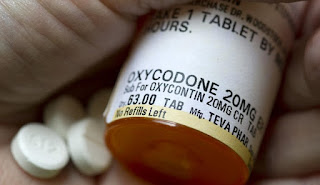 We are hearing a lot of bizarre stories about a heroin epidemic in the US similar to the crack epidemic there back in the /80's. For many of us it's hard to comprehend. Most people think although heroin is highly addictive, you have to be pretty far gone to stick a needle in your arm. Yet we are hearing more and more reports of middle class families resorting to doing exactly that.

In 2014 the Guardian reported A deadly crisis: mapping the spread of America's drug overdose epidemic. In 2015 Time Magazine reported that Heroin Use in U.S. Reaches Epidemic Levels. In 2016 RT dot com reported that Unprecedented: Heroin use & overdose deaths triple in US.

So what happened? Recently Activist Post claimed part of the problem is the DEA Protecting Big Pharmaceutical companies. I am hesitant about headlines that refer to the failure of the drug war. The drug war hasn't failed. It's just that many agencies are on the wrong side of that war.

The Activist Post reports that "Purdue made $31 billion playing its part in getting America hooked on opioids, under the guise of effective pain treatment. When people could no longer afford OxyContin or other patented painkillers, they turn to its close cousin heroin, which is far cheaper and relatively easy to obtain through the black market."

Likewise, USA Today reports that "Heroin use is reaching into new communities - addicting more women and middle-class users - as people hooked on prescription painkillers transition to cheaper illegal drugs, a new report shows." The common thread is that people are getting addicted to prescription painkillers then turn to cheaper illegal drugs like heroin. 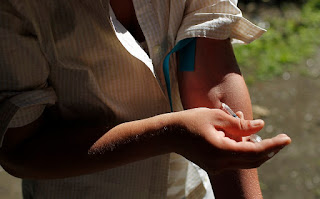 Logistically two villains have merged motivated by the same greed. The big pharmaceutical companies coveting their patent monopolies, exploit consumers as much as the market will allow. The other villain is those that produce and profit from heroin production. Don't forget who created the Golden Triangle and what country is the largest producers of opium in the world. 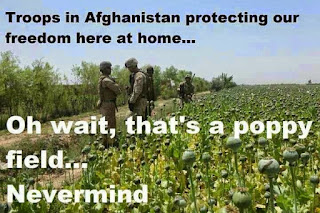