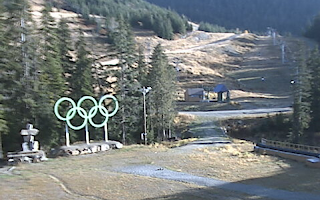 What a beautiful morning. October has broken records for rainfall and I've sure been feeling it. I got rid of my car so my motorcycle is my only source of transportation right now. I used to joke and say I'm from Vancouver. If we didn't do anything in the rain we wouldn't get anything done. It is nice to get a break from the rain once in awhile and see the sun. This morning is magnificent. All those clouds of heavy rain has lifted to reveal fresh snow on the mountain peaks at higher elevations. Cypress even got a dusting of fresh snow. This is a screenshot from their web cam.

As reported in Bob Green's obituary, yesterday was his funeral. As I previously said I would not be covering the funeral or reporting on it. I'm not going to play paparazzi and report on who showed up and why. I'm letting his family, friends and associates pay their respects in peace.

What I have said about Bob Green and about Shaun Clary stands. History has recorded that. I'm not going to argue or debate about troll trash. That's not my thing. I simply state my opinion then move on and let history be the judge.

One blog reader just tipped me off to another like minded blogger named Daniel Hopsicker. Last year he made an interesting blog post about a new movie about Barry Seal and the CIA drug trafficking out of Mena Arkansas tied to Hillary Clinton. Barry Seal is being played by Tom Cruise. I just saw Tom Cruise in the new Jack Reacher movie. I liked it.

Variety dot com is reporting that "Tom Cruise’s cartel film Mena is now called American Made, and is moving from Jan. 6, 2017, to Sept. 29, 2017, Universal Pictures announced on Monday." After the election. Big surprise. The Agency got the family of Barry Seal to tie the film up in the courts first. Hillary Clinton is as dirty as they get. That's all I have to say on the matter. 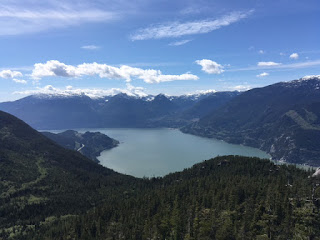