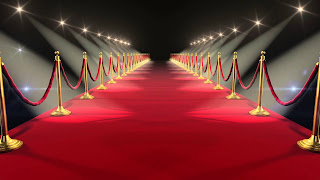 This is the epitome of everything that's wrong with Surrey. The Vancouver Sun is reporting that the Surrey RCMP raided a pot shop in Guildford arresting two employees and one customer. Technically pot is not legal yet so they are well within the parameters of the law. However, we all know Justin Trudeau was elected on a promise to legalize marijuana. I didn't vote for him and I don't support the legalization of marijuana. I support decriminalization not legalization. Nevertheless, I recognize the democratic process.

Recently the police made a similar raid on a pot shop in the Lower Mainland and the judge said what are we doing here? The judge was well aware the law hadn't changed yet but realized the last election showed the democratic will of the people to change that law. The law is in the process of being amended so what is the purpose of flogging the old law before it in amended? The courts understand the intent of the law.

The next concern is unequal protection or enforcement of the law. Why are they obsessing over pot but turn a complete blind eye to the public sale of crack, crystal meth and now fentanyl? Those drugs are far worse than pot and the police refuse to do anything about it. Who's side are they really on? Arresting people for pot while they refuse to arrest drug dealers that sell fentanyl to customers unknowingly is absolutely insane.

That is what has created the ballooning crime problem in Surrey. Dianne Watts obsessed over grow ops but refused to respond to business and community members concerns over the public sale of crack in Whalley and Newton. When the public calls the police and the police refuse to respond, that creates criminal culpability.

How can they obsess over pot and traffic violations when they completely ignore crack and fentanyl? That is unequal protection of the law. Perhaps it's time to fire them and hire someone else willing to do the job and represent the people that pay their wages and elect the governments that create the laws they are paid to enforce. Promoting Bill Fordy was a public disgrace.