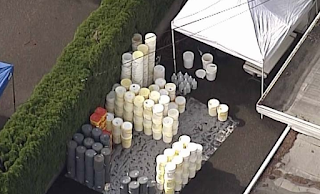 CTV is reporting that "For the second time in less than 48 hours Abbotsford authorities have raided what is believed to be a large-scale methamphetamine production lab in the Fraser Valley city. On Tuesday morning, the Abbotsford police and RCMP Clandestine Laboratory Enforcement (CLEAR) Team executed a warrant at a large property in the 1700-block of Mount Lehman Road. Aerial footage from the scene showed hundreds of barrels, white buckets and around a dozen empty chemical bottles placed on a tarp on the driveway."