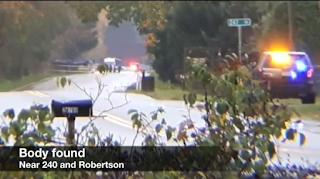 Update: Turns out Shaun was murdered simply because he was friends with Jason Wallace.

The Langley Times is reporting that "The Integrated Homicide Team said the human remains found on the side of a rural road in Langley on Wednesday morning are connected to gang activity. 'Currently, investigators do not believe the location of the remains is where the homicide occurred,' said Foster. 'I can't speak to how the body was discovered or the condition of the body,'she said. 'No doubt, this was a gruesome event that took place.'"

Global News reported that the body was dismembered. Rumors are swirling about the identity of the body but I'll wait until we receive official confirmation before commenting on that.

Update: CKNW and Kim Bolan are both reporting that IHIT have released the identity of the murder victim. It is indeed Shaun Alan Clary of Surrey. Blaze was lying again. When they say gang associate I'd have to say VERY loosely affiliated. He posted a picture of him with two Bikers and one of his friends was shocked and said who are the two guys with the cuts? (Turns out they are Teamsters Horsement not HAs) 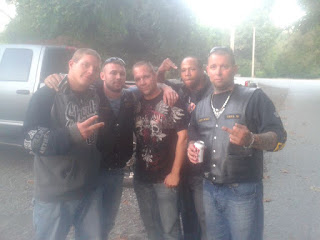 When the leader of Redd Alert for BC was shot in East Van, that was a high level associate shot by a rival. That is not the case here. Shaun might have smoked a little weed but he was by absolutely no means a high level drug dealer.

As for the police officer who said he had never heard of this kind of thing before, has he never heard of Bob Roth? Bob Roth was decapitated for a drug debt by the Whiteboy Posse who sell drugs for the Edmonton Hells Angels. His head was dumped in an alley in Edmonton while his body was dumped just outside of Edmonton in a rival drug dealers area.

William Edgar Taylor was convicted of murdering Timothy Salsman in a basement in the town of Hayter, near Provost. for a $1,500 drug debt. He refused to reveal where he dumped the victim's head and hands which were never recovered by the family. William Taylor was with the Whiteboy Posse who sell drugs for the Edmonton Hells Angels. So when he was collecting money for the debt, who do you think the debt was ultimately to?