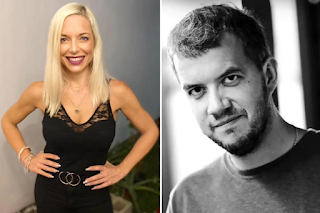 The UK Sun is rpeorting that "Raphaël Huppé, 44, and 38-year-old Fannie Lorrain, of Quebec, Canada, were found dead in a hotel or condominium in Playa del Carmen on Monday. It’s reported that they appeared to have died from stab wounds to the neck."

Previously the Natiopnal Post had reported that "A senior state official told Reuters the man, whose identity has not been made public, was wanted by Interpol. 'He was not a tourist,' the official said, adding that the man had been in hiding in Mexico for about four years. Local papers have identified the man as a Quebec native who first entered the country in 2016."

He had outstanding warrants for fraud. Sounds like he ripped off the wrong people. Nevertheless, slitting his girlfriend's throat was nasty. Why you gotta be like that?